Questions that really make you think and elicit debate are the best kind. Journaling about thought-provoking questions is a great way to take a break and reflect on life and analyze your own views on the bigger picture.

I think, therefore I am.

Philosophy is not only the love of knowledge, but also an academic discipline that seeks truth through reasoning. Socrates is often called the Father of Western Philosophy. Traditionally though, the first western philosopher was Thales of Miletus. Other pre-Socratic thinkers such as Anaximander and Anaximines also presented a discourse about the human soul, mortality and knowledge but it only became popular during Plato’s time. Evidently, western philosophy originated in Greece, but it wasn’t long before it spread out into other parts of the world.

Philosophy contains a comprehensive set of beliefs. It has been used over centuries, from Socrates to Slavoj Žižek, to contemplate the… 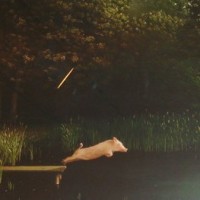 Got feedback? This is a direct communication channel with the team developing P2.

This site is about the knowledge of different categories such as education, , health, mobiles, and tourism

A safe place to talk openly about mental health & illness

How To Become a Better Writer—Best Epic Fantasy Books

A place for storytelling, poetry, and other wordy things. Come have a read!

A Journey of Spiritual Significance

anotherKate
Dreams from a Pilgrimage

Now we see through a glass, darkly

If You Haven't Got A Sonnet

A Ha'Sonnet Will Do

Curious as a Cathy

When I was young my dad would always say, "Crystal, you can choose your attitude." One day I chose to believe him.

May the Words Flow

My life; My views!

the world turns on a word

We're all on a road to somewhere.

poet and author of The Light in the Cave

Philosophy is all about being curious, asking basic questions. And it can be fun!

My streams of thought meet here

Writing to be Read

Dark Academia, but without the cringe.

To participate in the Ragtag Daily Prompt, create a Pingback to your post, or copy and paste the link to your post into the comments. And while you’re there, why not check out some of the other posts too!

Beauty is everywhere waiting to be captured

Poems, thoughts, healing, other art works (pictures, songs and videos not made by me belong to their authors, the rest being mine) © 2010-2046

A time of exploration and growth with some fun added. Come on my adventure.

BY GRACE THROUGH FAITH

"I saw the Angel in the marble, And I carved till I set him free." Every story has an impact, each tale matters

“If you don't say what you think then you kill your unborn self.” ― Jordan B. Peterson

Word of the Day Challenge

Your daily prompts to spur on your writing

To Let The Words Flow..

Some Things Real and Some Imaginings
vaganti talaria

My "bump" was in 2016 when, aged 48, I suffered a stroke. This blog charts my recovery. (Header clipart licensed by pngguru.com.)

A Blog of Books and Literature